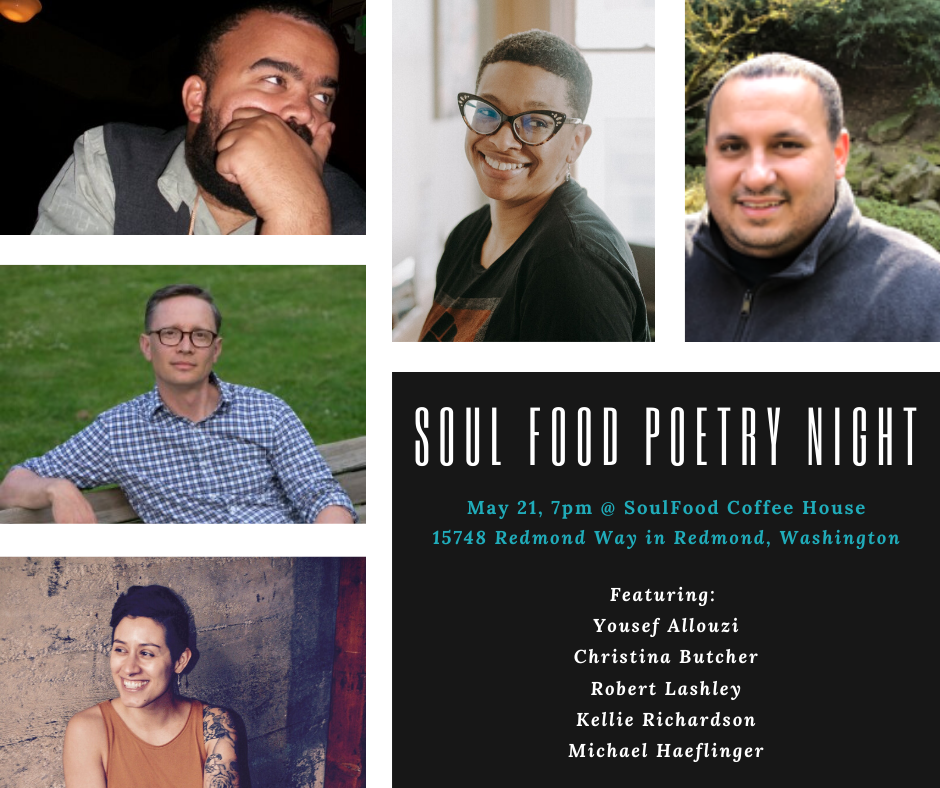 Yousef Allouzi is an author and data analyst currently living in the Pacific Northwest. He holds a BS in Economics and a Master of Public Policy from Oregon State University.

Christina Butcher is a Chicana poet, publisher and veteran from New Mexico. She’s also a teaching artist with Write253 and a bookseller at King’s Books in Tacoma, WA.

Michael Haeflinger is a poet and author of two chapbooks, Love Poem for the Everyday (2011) and The Days Before (2014). He is the Executive Director for Write253, a literary arts organization in Tacoma, WA.

Robert Lashley is a writer and activist, as well as a 2016 Jack Straw Fellow, Artist Truat Fellow, and a nominee for a Stranger Genius Award.

Kellie Richardson is a writer, artist and educator from Tacoma, Washington. She served as the Tacoma Poet Laureate from 2017 – 2019, holding and curating spaces that centered Black, Brown, and LGBTQ voices.